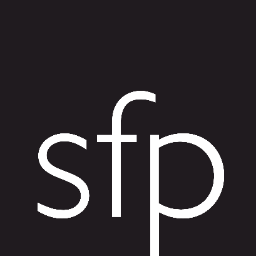 Sonia Friedman Productions (SFP) is an international production company responsible for some of the most successful theatre productions in London and New York.

Since 1990, SFP has developed, initiated and been lead producer of over 180 new productions and together the company has been responsible for winning a staggering 58 Olivier Awards, 34 Tonys and 2 BAFTAs.

In 2019, Sonia Friedman OBE was awarded ‘Producer of the Year’ at the Stage Awards for a record breaking fourth time. In 2018, Friedman was also featured in TIME 100, a list of Time magazine’s 100 Most Influential People in the World. In 2017 she took the number one spot in ‘The Stage 100’, becoming the first number one in the history of the compilation not to own or operate West End theatres and the first solo woman for almost 20 years.

Current productions include: the UK premiere of The Book of Mormon, West End and UK & European Tour, Harry Potter and the Cursed Child in London, New York, Melbourne, San Francisco & Hamburg, Mean Girls US Tour, and The Shark is Broken at the Ambassadors Theatre, London.

Forthcoming productions include: Harry Potter and the Cursed Child in Toronto & Tokyo; Dreamgirls UK tour; To Kill a Mockingbird at the Gielgud Theatre, London; Jerusalem at the Apollo Theatre, London; and Funny Girl on Broadway in 2022.

Previous theatre productions include: Anna X, Walden and J’Ouvert as part of the RE:EMERGE season, Leopoldstadt, The Comeback, Uncle Vanya, Mean Girls (Broadway), Fiddler on the Roof, Rosmersholm, The Ferryman, The Inheritance, Summer and Smoke, Dreamgirls, The Jungle, All About Eve, Consent, The Birthday Party, Ink, Hamlet starring Andrew Scott, Our Ladies of Perpetual Succour, Who’s Afraid of Virginia Woolf?, Travesties, The Glass Menagerie, Nice Fish, A Christmas Carol, Funny Girl, Farinelli and The King, Hamlet starring Benedict Cumberbatch, 1984, Sunny Afternoon, Bend It Like Beckham, The Nether, The River, Electra, King Charles III, Shakespeare in Love, Ghosts, Mojo, Chimerica, Merrily We Roll Along, Old Times, Twelfth Night and Richard III, A Chorus of Disapproval, The Sunshine Boys, Hay Fever, Absent Friends, Top Girls, Betrayal, Much Ado About Nothing, Clybourne Park, The Children’s Hour, A Flea in Her Ear, La Bête, All My Sons, Private Lives, Jerusalem, A Little Night Music, Legally Blonde, Othello, Arcadia, The Mountaintop, The Norman Conquests, A View From the Bridge, Dancing at Lughnasa, Maria Friedman: Re-Arranged, La Cage aux Folles, No Man’s Land, The Seagull, Under the Blue Sky, That Face, Dealer’s Choice, Hergés Adventures of Tintin, In Celebration, Boeing-Boeing, The Dumb Waiter, Rock ‘n’ Roll, Love Song, Faith Healer, Bent, Eh Joe, Donkeys’ Years, Otherwise Engaged, Celebration, Shoot the Crow, As You Like It, The Home Place, Whose Life Is It Anyway?, By the Bog of Cats, The Woman in White, Guantanamo: ‘Honor Bound to Defend Freedom’, Endgame, Jumpers, See You Next Tuesday, Hitchcock Blonde, Absolutely! {Perhaps}, Sexual Perversity in Chicago, Ragtime, Macbeth, What the Night Is For, Afterplay, Up for Grabs, A Day in the Death of Joe Egg, Noises Off, On an Average Day, A Servant to Two Masters, Port Authority, Spoonface Steinberg and Speed-The-Plow.

TV productions include BBC’s Wolf Hall (co-producer), The Dresser (Exec Producer) and King Lear with Anthony Hopkins (Exec Producer), Uncle Vanya, J’Ouvert and Dennis Kelly’s Together, with James McAvoy and Sharon Horgan, and the forthcoming Walden and Anna X – both filmed on the stage of the Harold Pinter Theatre. For cinema, Uncle Vanya and Walden.

← LAMDA Royal Opera House →
We use cookies to ensure that we give you the best experience on our website. If you continue to use this site we will assume that you are happy with it.OkPrivacy policy