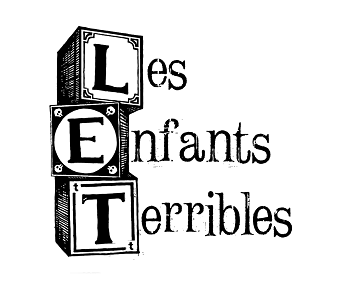 “Razor sharp theatre group Les Enfants Terribles” (The Telegraph) is one of the most innovative and exciting theatre companies working today.
Their work includes award-winning, international stage shows such as The Trench, The Terrible Infants and The Vaudevillians, groundbreaking immersive work, including Olivier-nominated Alice’s Adventures Underground, Dinner at The Twits, The Games Afoot, and Inside Pussy Riot, Innovative outdoor family touring work such as The Marvellous Imaginary Menagerie and The Fantastical Flying Exploratory Labratory and large-scale public events and installations in the corporate and cultural sectors for the likes of The British Library and the V&A.

Run by Oliver Lansley and James Seager, the company is dedicated to creating original, innovative and exciting theatre. Their artistic policy is to make theatre they love and theatre that excites them, and they hope in turn excites their audiences. Founded in 2001 by Artistic Director Oliver Lansley, the company has received consistent critical acclaim, won top industry awards, and established a large and loyal following for its unique work. The company were nominated for an Olivier Award in 2015, made the Stage Power 100 List in 2017 and was nominated for The Stage Innovation Award in 2016.